Ali is one of our friends that spent 2 months in Iran and shared his experiences with us.

I traveled to Iran during the summer of 2018 and spent 2 months living, studying and exploring the most beautiful country in the world. Iran for me has always been a great mixture of a language, people, faith, art and culture that spans a world, a time that remains relevant and still as beautiful.

I spent 4 weeks in Isfahan, known as half the world for its grandeur and some would argue completeness – Isfahan has always been close to my heart. Ever since I first saw the inner dome of the Shiekh Lotfollah Mosque, I knew I would have to stand underneath and watch the light enter the dome. I first traveled to Iran in 2016, and was lost in the beauty of the minds who crafted such beauty with their hands – and always wondered – what can inspire man to create such wonder? Isfahan was once the capital of the Safavid empire, and today its nested in the heart of Iran and remains the heart of a nation that is widely misunderstood.

Isfahan is a rich city with a lot of Islamic history but it also has the largest Christian Armenian population – most of which are found in the Jolfa district. Isfahan also has multiple Jewish Synagogues, an inexorable religious society that continues to thrive despite that misunderstandings that occupy the mind of most foreigners. Isfahan also has its speciality in food – the Kebab Beryani – a delicacy that takes the heart of a few but is unbeatable. I spent countless evenings in the Naqsh-e-Jahan watching the city come alive when the sun set, to see families come for picnics, to see people walk, sing, pray and above all – unite. Isfahan at its core is about the people and no other city in Iran has such centres of gravity as Isfahan. From the most incredible bridges to the most famous Mosques, Shah Abbas, made Isfahan the jewel of all of Persia and today remains a city that deserves not days, but weeks or months to explore. I left Isfahan with a heavy heart and moved onto Yazd – a 5 hour drive east.

Yazd, for those unaware, was the ancient Zoroastrian city that remains today the city of fire. It is a desert that is often hotter than the rest of the country and has the largest Zoroastrian population, multiple Temples of Silence and a history that reminds a visitor of Iran’s pre-Islamic roots. Yazd at times also appears to be another place, cut out from Iran – one often sees the diversity of Iran here – you see Balcohis from the South East of Iran, you see the spill over of culture and blood from its Pakistan neighbours here. I moved on to Shiraz, a city that deserves no introduction.

Shiraz – always the city of Hafez (and I would argue Saadi) today remains pivotal for its unmatched creative roots. Spared by the invader Tamarlane, Shiraz has an unusually high concentration of poets and artists. Like its sister Isfahan, its river also runs dry but it has multiple Shrines that bring pilgrims from all over Iran, namely the famous Shah Cheraq. For the curious, Shiraz also has rich Sunni Sufi heritage. There are countless caves and tombs of dervishes and Sufis dotted on mountains all over Shiraz. If one is curious about food, the Faloodeh of Shiraz is famous across the land and it deserves the accolades it gets. An hour away from Shiraz is the famous Persepolis, the home and centre of the Persian empire of Darius and Xerxes – ruins that are out of this world. The size, the might and the vision of the Persians is no where as evident as here – when the Greeks and Romans ruled Europe, the Persians ruled the east from this spot. I found Shiraz to be the most relaxing, the most easiest of places to spend evenings contemplating and writing – a benefit that is often granted to its visitors – perhaps it’s the Hafez in the air? Or that Shiraz has become a seat of lovers for so long, that its people encourage, expect and produce such talent that no visitor is immune to the influence of creativity, leisure and immense pleasure.

I left Shiraz to fly to Tabriz, the city of Shams – the teacher of Mawlana Rumi – the greatest poet, the greatest Sufi of all time. Tabriz borders Azerbaijan and the people here look Azerbaijani, the languages are mixed and the culture incredibly different to the heart land of Iran. Tabriz also houses the famous ‘Blue Mosque’, which was the primary, and in all honesty – the only reason I travelled this far to the west. I left Tabriz and travelled to Tehran by road passing the incredible cities of Qazvin, Zanjan and Hamedan. Hamedan, for those unaware, is the home of Ibn Sina (‘Avicenna’) and is a proud and beautiful place with richness painted all over the streets and mountains.

I returned to Tehran and although I am not a fan of the Qajjar period, I enjoyed the modern Persian influence in the Palaces and Mosques of Tehran. The Bazaars of Tehran are truly grand and deserve that title, the food is modern and trendy, the people are younger and the air is vibrant with energy. Everything that happens in Iran today, starts in Tehran. Its where the young meet and where they work. Unable to settle in a city for more than a few days I flew to Mashhad to see the heart of Shia religion in Iran.

Mashhad is the home of the Imam Reza, a descendent of the Prophet Muhammad (PBUH) and the 8th Shia Imam. The shrine and surrounding Mosque of Mashhad is huge – gigantic – some say its larger than the two holy mosques in Makkah and Medina. I was mesmerised by the pilgrims, by their diversity and by their love for the Iman. A few hour drive of Mashhad is the city of Tus, where the most famous Sunni scholar of all time – Imam Al-Ghazali is buried. A destination worth going as you will also find the famous Persian poet, Ferdowsi – the author behind Shahnameh. The Persian Saga that fuels Persian nationalism, pride and returns the Persian to a word before Islam.

I left Iran in a state of joy and sadness. I had enjoyed this country so immensely, the warmth of the people and their hospitality, the friendships and the rare drama – all made this a place worth returning to. Sad because nothing else could compare to this paradise on earth. 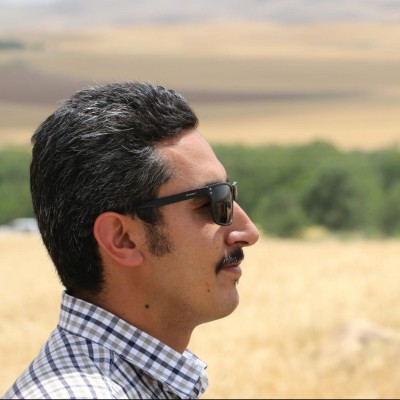